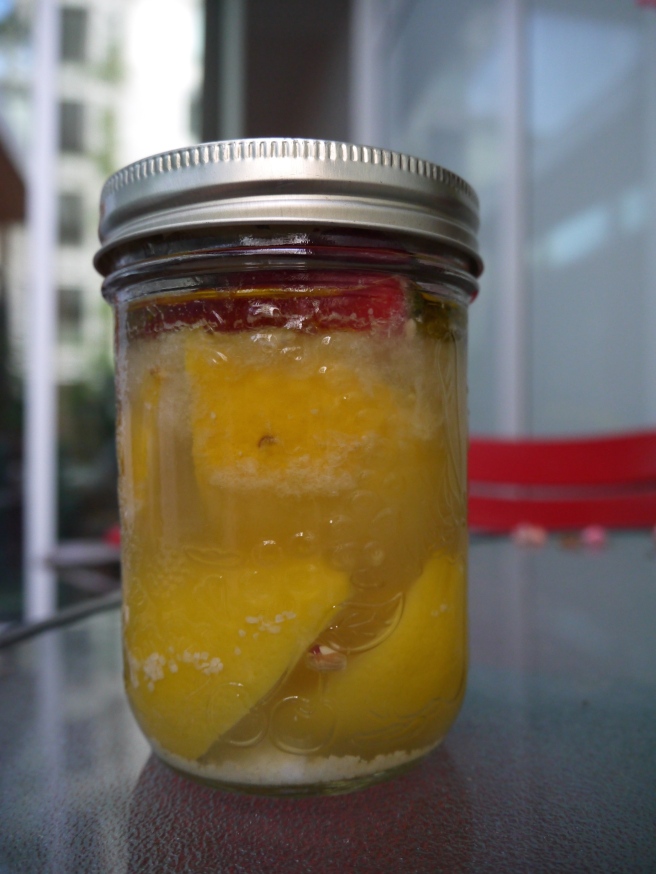 Preserving lemons takes a few weeks to accomplish, but it is really simple, and adds so much to Middle Eastern dishes like a chicken tagine.

Preserved lemons are pickled in their own juice and salt. They sit for a number of weeks, and when they are done can be kept in the fridge for months. The peel of the lemon becomes full of flavour through the preserving process, so you use this part and get rid of the flesh.

I still have to do some experimenting with other uses of preserved lemons, but I have tried them in a dip, and on some fish, as well as with chicken. So good!

I’ve only made this once, and I halved the recipe just in case I didn’t like it. Here is the full recipe from Yotam Ottolenghi’s The Cookbook.