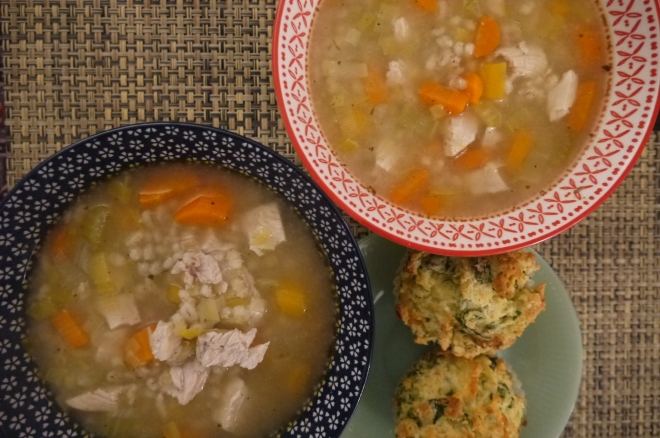 This soup made the perfect meal on a cold winter evening, and paired well with Savoury Cheddar Muffins.

As with most soups, the broth you use is so important to bring a fullness of flavour. I had some homemade chicken broth in the freezer, but turkey broth would also be perfect here. If you don’t have a homemade broth it might be wise to splash out a bit on a better quality broth like the one made by Pacific.

I bought some raw turkey breasts for this recipe, but left-over roast turkey or chicken would also be great.